The Onslow Cricket Club commenced existence in time for the 1930-31 season, cricket in Khandallah having previously been played under the Khandallah Boys Club banner. The driving force behind the Club's development was Major F C Gentry and his three sons that were prominent in the first years.

Over the years Onslow has had a number of players play for Wellington at various levels and age groups. Of these, Jeremy Coney, John Morrison and Gavin Larsen have featured prominently for New Zealand, Jeremy becoming captain and Gavin playing over 100 one day International games for New Zealand.  More recently, Whitefern and Blaze superstar Sophie Devine and Firebirds Andrew Fletcher & Tim Robinson have both played for Onslow Cricket Club.

For a number of decades junior numbers were low and administration carried out by a few dedicated enthusiasts. As numbers increased dramatically in the early eighties, a separate club was established with parental administration better able to devote the necessary time to this important aspect of Onslow cricket.

Junior cricket at Onslow has gone from strength to strength and is now one of Wellingtons largest junior cricket clubs with more than 300 playing members ranging from 5 years of age through to pre-college school children.  ​​​​​​​ 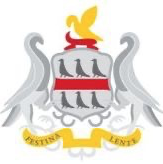